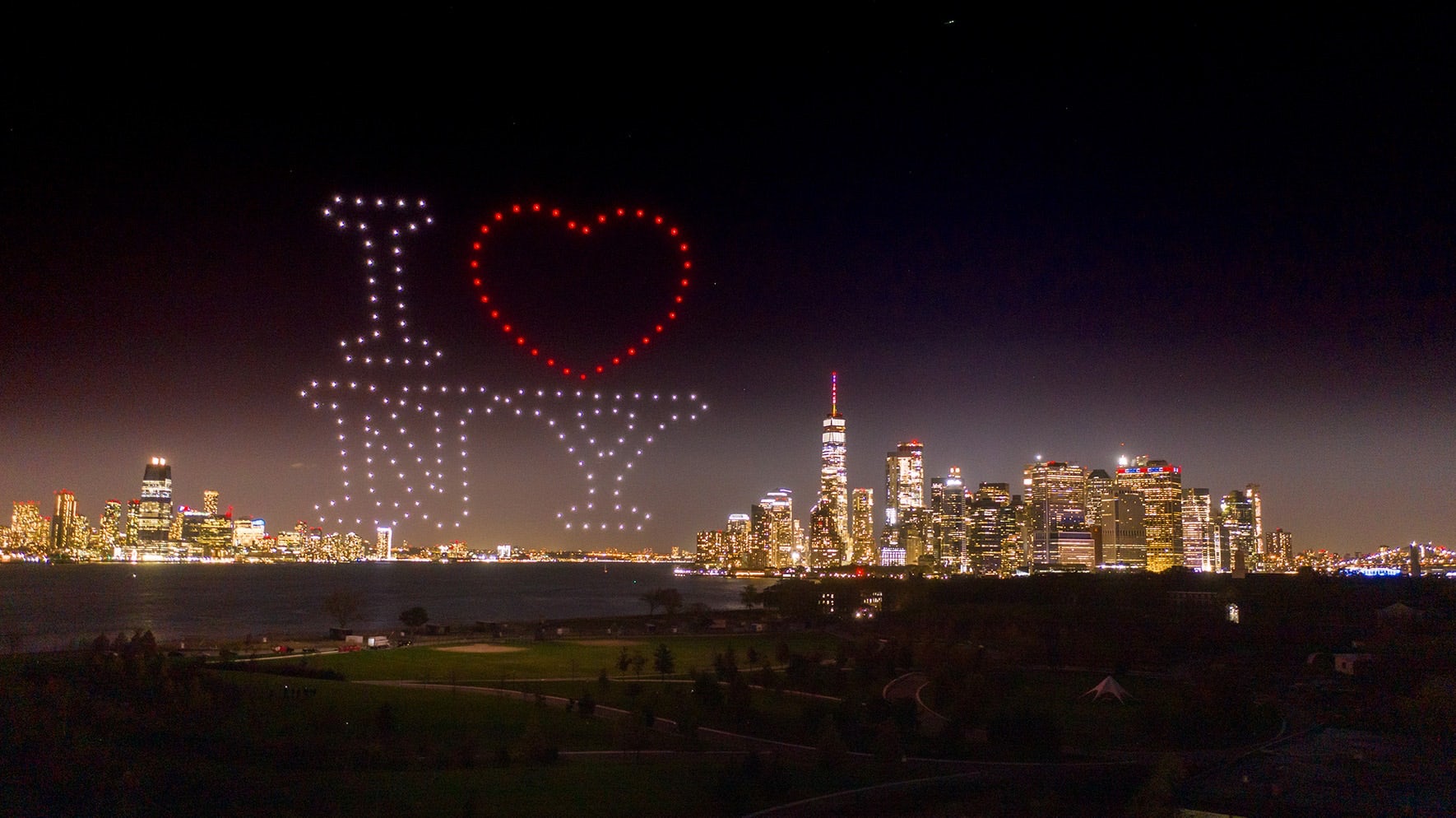 Verge Aero flew 200 drones in Manhattan from a safe launch zone on Governors Island in the New York Harbor. Accompanied by a medley of Carrie Underwood’s first-ever Christmas album, My Gift, the drones created a spectacular visual celebration with the New York City skyline in the background. The show featured a series of colorful, precisely choreographed festive imagery and animations including a Christmas tree, a drummer boy, a snowman, opening of a gift, a ringing bell, a dove being released, the Empire State Building, The Radio City Rockettes and concluded with Milton Glaser’s iconic “I❤️NY” logo.

Originally scheduled to launch Friday, November 13, the show was moved up three days due to a threatening weather forecast. Verge Aero had to create the show on site in four hours because of the schedule surprise and earlier commitments.

“Our open platform allows us to quickly import graphics and animations and create shows on the fly,” said Nils Thorjussen, CEO of Verge Aero. “The software takes care of all the safety critical aspects of flight so that designers can focus on making their show look beautiful.”

106.7 LITE FM wanted to do something extra special for New Yorkers, and this unforgettable aerial celebration was certainly that.

“We knew we had to do something unforgettable for our annual flip to 24/7 Christmas music on 106.7 LITE FM,” said Joe DeAngelis, Director of Marketing for iHeartMedia New York. “That’s why we teamed up with an incredible team at Verge Aero who helped us to flawlessly execute the city’s first-ever drone light show over Governors Island.”

“This show concludes a manic burst of activity for Verge Aero, with five shows in three countries over nine days,” said Thorjussen. “We capped off the election season on Saturday, only to help launch the holiday season in New York City a few days later, with a product launch for Xbox in between. The back-to-back nature of these shows highlights the rapid deployment capabilities of our system. Drones can now be incorporated into production workflows, just like any other piece of entertainment technology.”