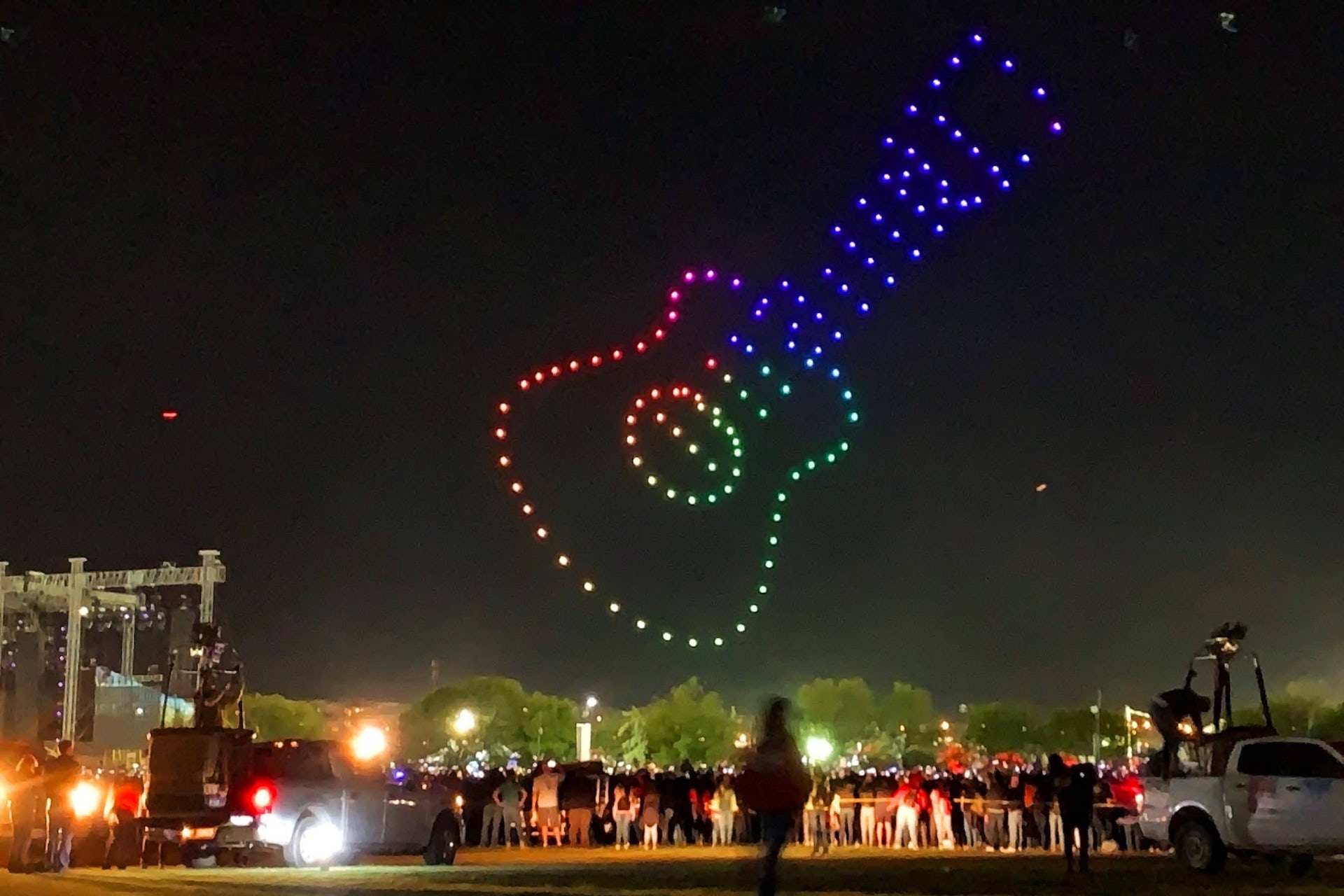 Verge Aero flies a guitar made of light show drones in Leon, Mexico at Festival Internacional del Globo in 2019

Founded in 2002, the FIG (Festival Internacional del Globo) hot-air balloon festival takes place annually in the city of León, Mexico and has become one of the leading balloon events in the world. This year, organizers were keen to provide a cutting-edge visual treat for visitors and called on SkyPrecision to deliver it. Taking up the challenge, specialists from Verge Aero and SkyPrecision created custom choreography to accompany a set of four songs, including an opening number by Mexican guitar maestros, Rodrigo y Gabriella.

Escandra Salim Alle, the CEO of FIG says, “We are excited to have hosted the first drone show ever here in Mexico. The show content was amazing, Verge Aero did an excellent job. The enormous crowd loved the drone show and our social media had a blast.”

As with every public drone light show, safety was the primary concern for all involved. Emerging from their protected safe landing zone, the drones took to the air to create colorful, dynamic, pre-choreographed movements and shapes including guitars, balloons, flowers – and, an iconic, grinning skull to celebrate the recent Día de Muertos – in the sky behind the performance stage.

Israel Canino, CEO of SkyPrecision says, “We are really satisfied by the professionalism and responsiveness shown by Verge Aero, they performed an amazing show no matter the changing circumstances in a short time. We’ll definitely keep working with them on many shows in the future.”

This ground-breaking aerial performance delivered an unforgettable treat for the audience. At a festival where balloons of all colors, shapes and sizes fill the daytime sky, Verge Aero and Sky Precision showed that airborne entertainment of a different kind can now fill the night-time sky.