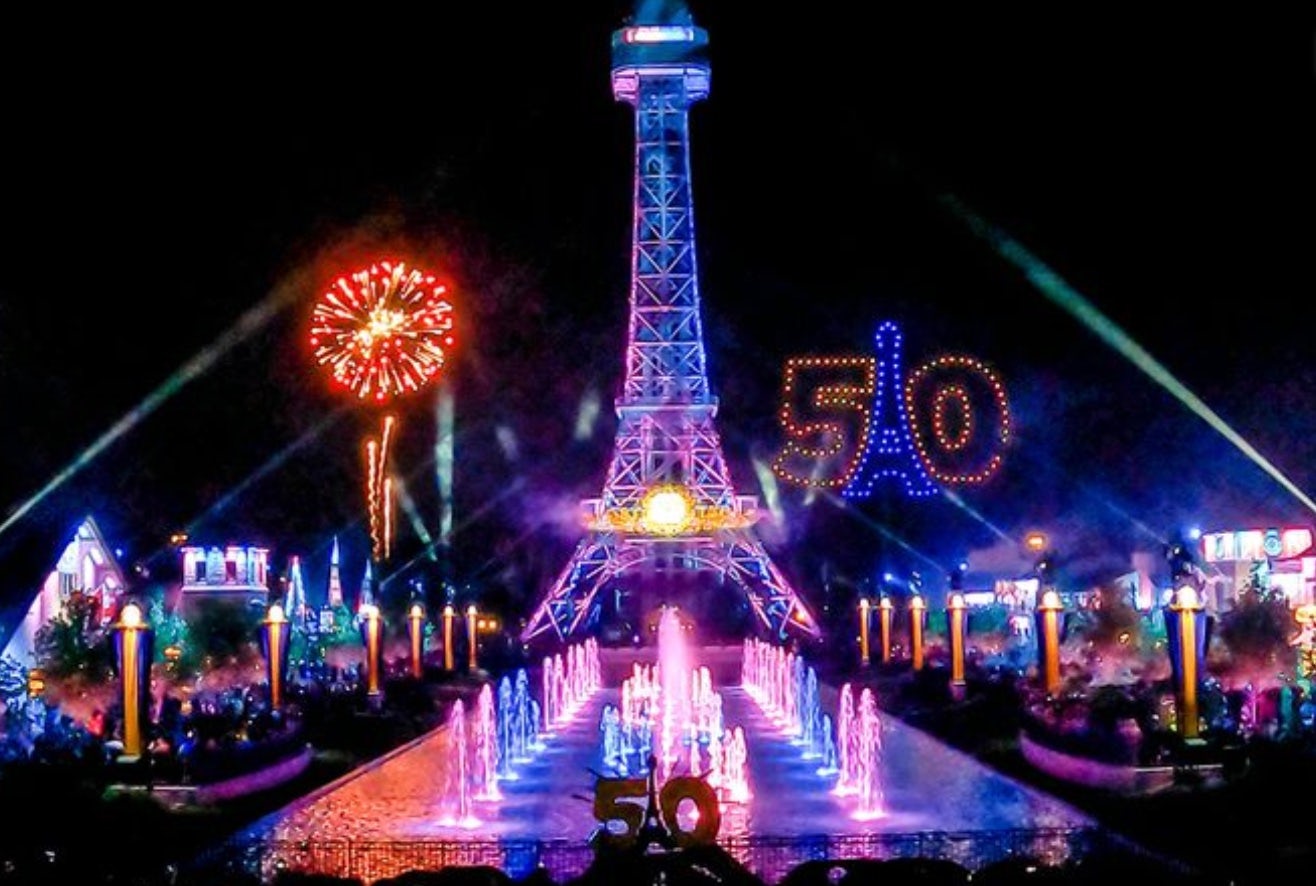 The fun-filled Kings Island amusement park in Mason, Ohio celebrated its 50th anniversary this summer with a series of nightly fireworks and drone displays

﻿Mason, OH, USA – The fun-filled Kings Island amusement park in Mason, Ohio celebrated its 50th anniversary this summer with a series of nightly fireworks and drone displays over 90 nights that harnessed the precise power of Verge Aero drones.

Watch a behind the scenes video from King's Island. Credit - Kings Island

Based in part on the impressive show, the international trade journal Amusement Today gave Kings Island its Park of the Year award and recognized the show as a top finalist for Best New Show. Started in 1998, the Golden Ticket Awards were established by Amusement Today to shine a spotlight on the amusement park industry by recognizing the “Best of the Best.”

Ohio-based Rozzi Fireworks took the helm to create the show in partnership with Verge Aero, investing in 200 military-grade Verge Aero drones to enhance the spectacle, along with Verge Aero’s unique Drone Show Software. The collaboration entails a full training program from Verge Aero, and on-site support throughout the pre-show planning, programming and design process.

Billed as Fun, Fireworks and Fifty – A Kings Island Nighttime Spectacular the fireworks and drone displays take place around the park’s one-third scale replica of Paris’s Eiffel Tower. The content takes attendees on a nostalgic trip down memory lane, recalling five decades of fun in Kings Island history, narrated by The Brady Bunch TV star Greg Brady. Verge Aero’s drones display an array of sky-high visuals, from the opening twinkles of ‘Kings Island’ to the numbers ‘5-0’ morphed around the replica Eiffel Tower, to the circular twists of rollercoasters to The Brady Brunch logos and characters.

Verge Aero’s Chris Lutts was on-site in the run up to the premiere event, which took place over Memorial Weekend at the end of May.

Drone light show in coordination with fireworks at Kings Island

“We have a great relationship with Rozzi Fireworks and they were keen to invest in our drone technology and training program to become certified drone operators,” says Lutts. “Verge Aero has designed drone hardware, drone software and the platform to ensure our partners have everything they need to run a world-class drone show, and the success of the Kings Island drone debut show and ongoing nightly displays are a testament to this.

“We are very proud of our drone light show platform, which offers companies a one-stop-shop for all the technology you need to power drone shows bundling in all of the hardware, software and third-party integrations.”