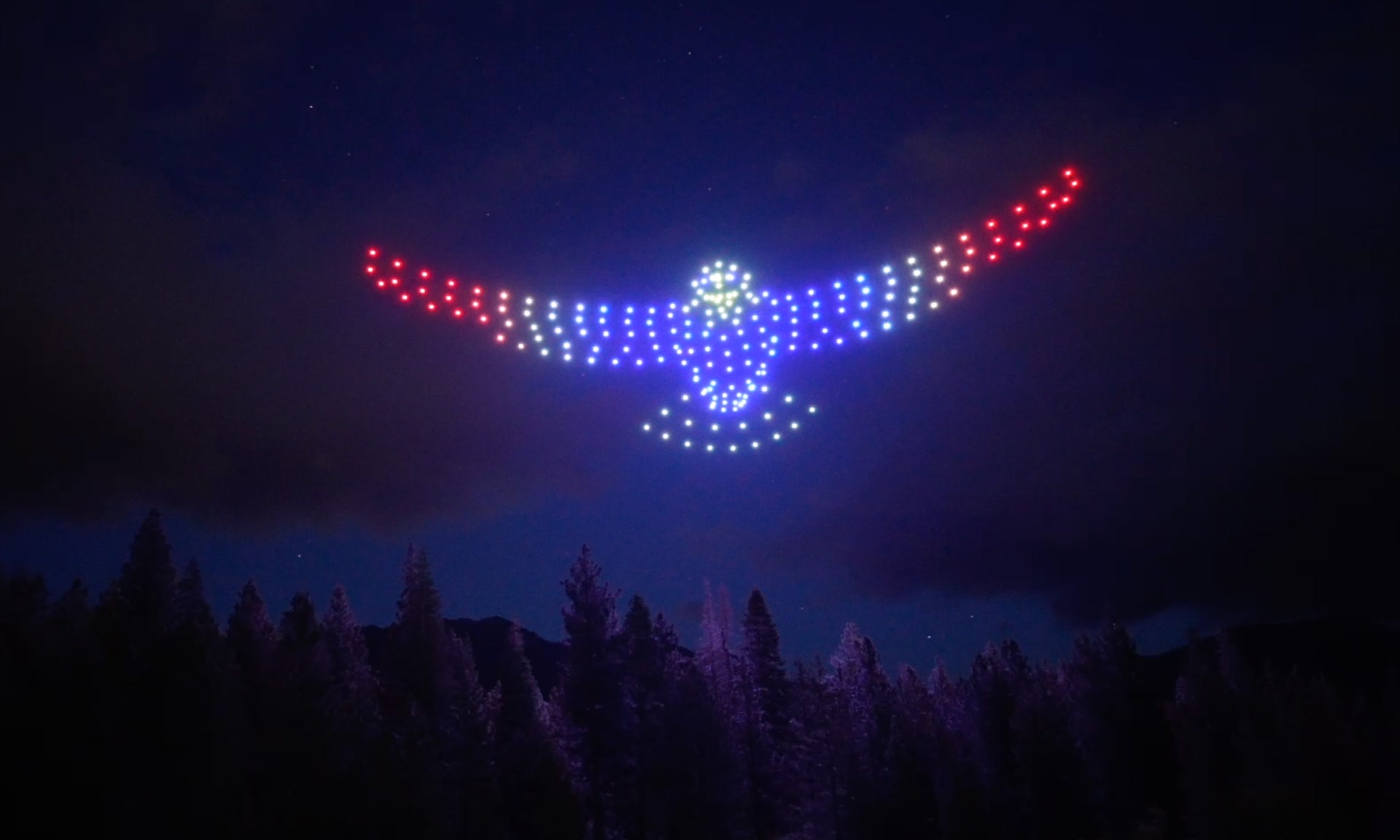 Verge Aero covers the USA with drones for Fourth of July

﻿USA – American drone innovators Verge Aero were out in force across the USA on the Fourth of July, helping thousands celebrate Independence Day with multiple drone shows in Florida, Colorado, Nevada and California.

The mammoth cross-country spectaculars were staged in collaboration with local authorities in each location and saw around 1,000 of Verge Aero’s high performance drones take to the skies to display both patriotic imagery and content specifically tailored to each community.

Many districts chose to present drone shows instead of the traditional fireworks to address public safety fire and environmental hazards, and in consideration of those who experience PTSD or have pets.

Nils Thorjussen, CEO at Verge Aero, says this is just the beginning: “America adopted drones for Fourth of July celebrations this year like never before – the interest in drone shows is increasing exponentially. People just love the concept, and there are so many creative possibilities in addition to drones offering a safer, more environmentally friendly alternative to fireworks.”

At Lake Tahoe’s Incline Village, an ongoing drought and recent forest fires meant that fireworks posed too high a risk for this year’s Fourth of July celebrations. The city opted for two Verge Aero drone shows instead, with officials telling reporters that fireworks across the region are being replaced by drone shows as something more environmentally with added wow-factor. Here, 200 of Verge Aero’s whizzing drones were launched to create 3D-animated shapes and American symbolism, in time to a music score. The two drone shows were staged back-to-back, with a one-hour turnaround to replace batteries, ready to wow a second audience later in the evening.

In Vail, Colorado, Verge Aero’s team created the town’s debut drone show high above Vail Mountain, which was visible across the local area enabling local communities to come together to see the beautifully programmed, synchronized display with the soundtrack to the show broadcast on local radio station KZYR.

Over at Imperial Beach, San Diego, a last-minute cancellation of a fireworks display led to the local authorities asking Verge Aero to create a 180-strong drone show to take flight over the beach’s famous pier. With limited time available, Verge Aero’s Chris Lutts and his team harnessed the power of Verge Aero’s drone software to rapidly design an eye-catching drone display, programmed to perfection to synchronize with the music.

“This was a fast-turnaround drone show but the Verge Aero teams are always prepared, organized and ready to go, thanks to our hard work in establishing a communicative, collaborative and streamlined client process alongside high-end, robust and reliable drone systems,” says Lutts. “We are the A-team drone team!”

Imperial Beach City Manager Andy Hall told local press just before the event that “people will be fascinated by the designs that they see in the sky. I think they will think it’s pretty amazing what they are able to do with these drones.” Hall noted that drones are ‘greener’ than the usual fireworks with less noise, smoke, and debris.

Verge Aero’s Chief Pilot for the event, Owen Schneider, added: “Flying out over the pier is a really awesome experience and we’re really excited to bring it to San Diego.”

Over in Florida, The City of Miami and the Coconut Grove Business Improvement District commissioned Verge Aero to deliver an epic drone show programmed to complement a live performance by the Miami Symphony Orchestra. Thousands of spectators attended, including Mayor Francis Suarez and Commissioner Ken Russell, as the drones spelled out U-S-A and shone red, white and blue lights in the night sky.

For each of the shows, Verge Aero worked closely with the city authorities to create imagery and messaging relevant to the local communities, to complement the patriotic colors and symbols associated with Fourth of July celebrations. In Vail, for example, there is a sizeable military veteran and serving personnel population in the area, so Verge Aero created military-related logos and messaging.

Verge Aero CEO Nils Thorjussen adds: “We heard reports that a number of Fourth of July drone shows by other providers were cancelled due to forecasted high winds – Verge Aero is happy to say that all of ours went ahead, because we have designed and constructed our drone systems to operate in a wide range of conditions and to tolerate high wind speeds.”

Verge Aero’s Chris Lutts comments: “Verge Aero was proud to deliver so many successful drone shows to key Fourth of July celebrations across the USA. Logistically, we drew on our years of experience in creating incredible shows in short timeframes, our high number of show-ready drones, and our unique programming and operational software. We are expecting increasing activity over the coming year, and look forward to even wider uptake of drone shows for Fourth of July celebrations in 2023.”